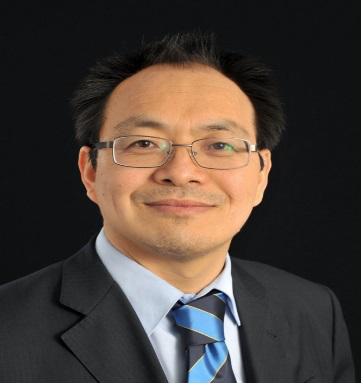 Department of Chemical and Biological Engineering

The talk starts with a brief introduction to Systems Engineering. This is followed by motivations of our research. Energy security, emission reduction and affordability form the energy trilemma. Neither fossil fuels nor renewables can solve the energy problem from the above three aspects. Carbon dioxide is the main greenhouse gas. Global concentration of CO2 in the atmosphere currently stands at 409 ppm. Atmosphere CO2 must remain 450 ppm to ensure that global warming stays below 2 °C. Therefore, it is essential to pursue carbon capture, utilisation and storage (CCUS).

The main part of this talk will be our research (funded projects and published work) in carbon capture for power plants and industry, and CO2 transport in the context of CCUS. Our research on carbon capture is mainly based on solvent-based post-combustion carbon capture. Pilot plants and commercial development of this technology worldwide were reviewed. Coal-fired subcritical and supercritical power plants were modelled based on first principles. More attention will be given to detailed modelling of solvent-based post-combustion carbon capture using monoethanolamine (MEA), its implementation in gPROMS, steady state validation and dynamic validation and scale-up. Process analysis using validated models for integrated coal-fired power plant and solvent-based carbon capture plant indicated the reduction in thermal efficiency of the power plant and the challenges for operating such an integrated plant. To reduce capture plant footprint and energy consumption, process intensification was proposed to improve mass transfer using rotating packed bed (RPB) instead of packed bed. Model-based analysis was used to quantify such a potential in packing volume and column size reduction. In summary, first principle modelling of these processes, model validation and model-based process analysis provide many insights regarding how to improve mass transfer and chemical reaction (in order to reduce the CO2 avoidance cost).

In the end, the topic will be extended to CO2 utilisation (through solid oxide electrolyser cell – SOEC and Fisher-Tropsch synthesis - FTS) and Plasma catalytic conversion.

Meihong joined Chemical Industry as Assistant Process Engineer in 1988. In 1995, he became Lecturer in Beijing University of Chemical Technology (BUCT), China.   Meihong joined the Centre for Process Systems Engineering at Imperial College London in 1999 as Research Assistant (also part-time PhD at UCL), then Postdoctoral Research Fellow from in 2002.   From 2004-2006 he worked as Senior Engineer in Alstom Power, UK.   He joined Cranfield University as Lecturer in Process Systems Engineering and MSc Course Director on Carbon Capture and Transport in 2006 and held the post until 2012 before joining the University of Hull in 2012 as Reader. He was promoted to full Professor at Hull in 2014.   In 2016, Meihong moved to the University of Sheffield as Professor of Energy Systems Engineering.

Meihong is a Chartered Engineer.   He has published over 180 technical papers.   One of his publications was awarded SAGE Best Paper Prize 2014 and Ludwig Mond Prize 2014 by IMechE. Another paper was given Award for the Most Cited Review Paper by Applied Energy Journal in 2016 (during ICAE2017 in Cardiff UK).  Since 2006, Meihong has been involved in 21 research projects worth around £20 million from UK Research Councils (EPSRC and NERC), European Union (EU) and Industry as investigators (PI or CI).   From 2014 2017, Meihong coordinated a project funded by EU FP7 Programme on International Research Staff Exchange Scheme (IRSES) with 40 research staff from 6 partners (3 from Europe and 3 from China).   From 2014 to 2019, Meihong leads an EPSRC funded consortium project (worth £1.27 million) applying process intensification for carbon capture using solvents with flue gas from gas-fired CCGT power plants. Meihong became EPSRC Peer Review College Member in 2012. He is also an academic Member and also Scientific Council member of EPSRC funded UK CCS Research Centre (UKCCSRC), Member of Science Board in EPSRC funded Hydrogen and Fuel Cell (H2FC) SuperGen Hub and Member of the Science Board in the EPSRC funded Energy Storage SuperGen Hub.   Since 2006, he has been involved in organising 7 international academic conferences. Meihong was Associate Editor for IMechE Journal of Process Mechanical Engineering from Jan. 2017 to Jul. 2018.